CEOs and other top executives are weighing in on whether remote work is working, the judgements are rather interesting. 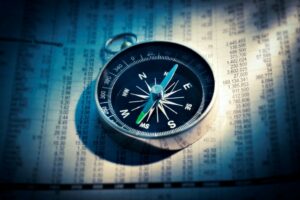 Photo by AbsolutVision on Unsplash

Tech titans like Google, Facebook, Twitter, and Zillow are indicating that employees can stay remote until at least 2021, and according to a recent Gartner survey, 74% of CFOs and finance leaders plan to make this foray into working remote permanent, even after quarantine restrictions abate. But not every corporate leader has adopted this stance.

The reality is that companies of all sizes are re-examining their need for office space, even Fortune 50 giants like Barclays, JPMorgan Chase, and Morgan Stanley — New York City’s three largest commercial real estate tenants — acknowledged in a New York Times article that returning to office life as we once knew it is unlikely.

Crystal balls remain cloudy, what will transpire is anybody’s guess — here is what some corporate leaders are currently saying about the merits of working from home versus the value of being in an office.

Satya Nadella, in an interview with the New York Times, said that segueing to an all-remote work state would be “replacing one dogma with another dogma.” While speaking at a (virtual) conference this past June, he shared that “Even in the Seattle region, where we have now sent a lot of people home, we’re realizing that some people would rather have workspace at work once the Covid-19 crisis goes away because they want dedicated workspace with good network connectivity.” Nadella has expressed concerns around the mental health impact of loss of connectivity and community, adding that “…maybe we are burning some of the social capital we built up in this phase where we are all working remote. What’s the measure of that?” 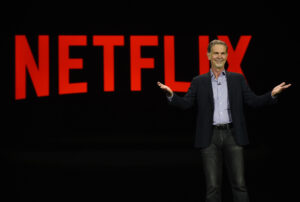 In a recent interview with the Wall Street Journal, when asked about working from home, Reed Hastings candidly shared, “No, I don’t see any positives. Not being able to get together in person, particularly internationally, is a pure negative.” When asked if he had a date in mind for when he would want the Netflix workforce to return to the office, Hastings said that he would expect his 8,600 employees to head back “12 hours after a vaccine is approved.” He later toned down his acerbic remark, saying, “It’s probably six months after a vaccine. Once we can get a majority of people vaccinated, then it’s probably back in the office.” 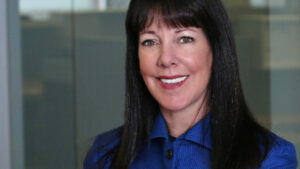 For Heyward Donigan, the remote work experiment of 2020 proved a hypothesis she had held prior to the pandemic, that aggregating top talent, regardless of geographic location, is the key to success. Expressing confidence in how her employees have adapted to remote work, Donigan has said that WFH was a win for Rite Aid. She recently shared, “We have adapted to work-from-home unbelievably well. I had a philosophy that I want to hire the best and the brightest even if they work from a different location, and now, ironically, we’re all working from another location. We’ve learned that we can work remote, and we can now hire and manage a company remotely.”

The Oracle of Omaha, one of the country’s most prominent business leaders, is among those questioning the future of the office. Speaking at his company’s annual investors meeting in May 2020, Buffett shared, “The supply and demand for office space may change significantly. A lot of people have learned that they can work at home, or that there’s other methods of conducting their business than they might have thought from what they were doing a couple of years ago. When change happens in the world, you adjust to it.” 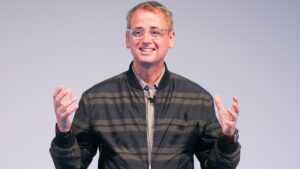 David Kenny has a hybrid vision — he has said that the company will convert their New York offices to team meeting spaces where employees can gather once or twice a week. He shared in a recent NY Times interview that “If you are coming and working at your desk, you certainly could do that from home. We have leases that are coming due, and it’s absolutely driving those kinds of decisions.” He has not always felt this way, adding, “I have done an about-face on this.” 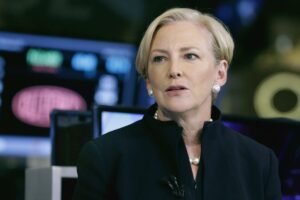 Ellen Kullman was DuPont’s first female CEO, appointed in the tumultuous post-2008 period, successfully steered the company through a very public activist campaign. In 2020, she assumed the role of CEO at the 3D-printing unicorn, Carbon Inc., just before the pandemic swept the world — she knows a thing or two about working gracefully under immense pressure. Kullman has expressed concerns about remote work that center on the collaborative juju that happens when people work together physically, “What I worry about the most is innovation. Innovation is hard to schedule—it’s impossible to schedule.” 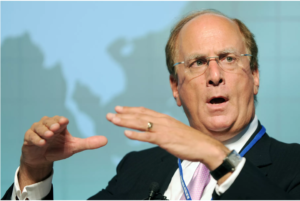 When Larry Fink sees the future, work-from-home is part of it. He has said that the rise of WFH due to the pandemic will have lasting effects, like tamping down demand for commercial real estate. After being forced to operate from primarily remote setups, Fink doesn’t envision businesses opting to bring all their workers back to the office — even when it is safe to do so again. When speaking at the digital Morningstar Investment Conference in mid-September, he said, “I don’t believe BlackRock will be ever 100% back in office. I actually believe maybe 60% or 70%, and maybe that’s a rotation of people, but I don’t believe we’ll ever have a full cadre of people in [the] office.” 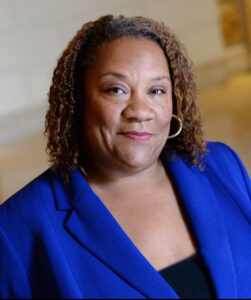 “We’re all grown-ups and we have adapted to these new work realities. That’s going to produce permanent changes in how we all work. I’m getting my work done, and so are my colleagues. I don’t have an issue with it.” She added, “I think there’s going to be a profound impact on the workforce long term based on this experiment we were thrust into.”

Jamie Dimon is among the chief executives looking to re-open offices. His rationale is a layered one, inspired in part by productivity loss that his company experienced (particularly on Mondays and Fridays). And as well, by concerns that remote work is not conducive to what Dimon calls “creative combustion” — the kismet that results when people working near one another bounce idea and find innovative ways to address problems.

At a (virtual) conference moderated by CNBC in September, Dimon said, “I don’t know the future better than anyone else. I think going back to work is a good thing. I think there are negatives to working from home… We’ve seen productivity drop in certain jobs and alienation go up in certain things. So we want to get back to work in a safe way.” 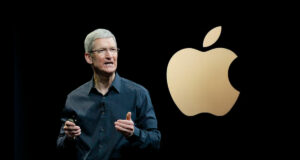 Tim Cook’s position on remote work, per an internal memo, was, “Please feel free to work remotely if your job allows,” but anonymous remote employees alluded to difficulties accessing internal systems, among other challenges. Infamous for its secrecy around product development, Apple’s culture may not translate as easily to a virtual work state. But perhaps the remote WFH experience in the spring of 2020 had some benefits. While speaking at a virtual conference hosted by The Atlantic in September, Cook said, “In all candor, it’s not like being together physically. And so I can’t wait for everybody to be able to come back into the office. I don’t believe that we’ll return to the way we were because we’ve found that there are some things that actually work really well virtually.”