With so much conversation around diversity and inclusion in the workplace — companies are paying closer attention to how discrimination may be impacting their recruitment and hiring processes — but some bias lurks below the surface and can distort hiring decisions. Here are nine key types of unconscious biases affecting the recruitment process and what you can do about them. 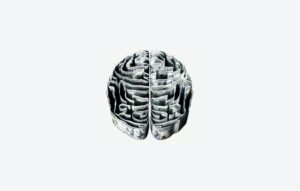 Photo by Morgan Housel on Unsplash

The Halo effect, also known as the “halo error,” is the tendency to place a person on a pedestal after learning something impressive about them. We transpose the positive impressions of a person in one area to reflect positively and influence judgments in another—seeing the halo in all things that a person has done.

Halo effect at work: You see that a candidate graduated from an elite school, and infer from that instance that they will be excellent at all they do. But if there’s anything we learned from the celebrity-laden 2019 college admissions scandal—it’s not to judge based on the merits of a name-brand education.

Avoiding the Halo effect: When reviewing candidates, you’re likely searching for something that makes one stand out. Consider, when doing this, selecting a candidate that doesn’t have that same shining attribute—and see how their holistic collection of experiences, skills, and career arc compare to the other candidates. It provides a chance to reflect on the impact that privilege and opportunity play in the hiring space.

The Horns effect is the antithesis of the halo effect—it’s when a negative trait of a person impacts how we judge them in other, unrelated areas. Perception of the individual is unduly influenced by this negative trait—casting a crown of “horns” as opposed to a “halo.”

Horns effect at work: The Horns effect can lead a hiring team to reject candidates based on a singular trait that may run contrary to the team’s preferences. It could be something as inconsequential as the candidate is overweight or they worked in the past with a company you don’t like. Your view of the candidate may be altered entirely even though these factors may have no bearing whatsoever on the role.

Avoiding the Horns effect: Every candidate needs to stand on their own merit. If you find yourself having negative feelings about a candidate, try figuring out why. If you can analyze where that “gut feeling” is coming from and look at what might be causing it, you might discover that the issue is actually trivial and would not impact their ability to succeed in the role. It’s also smart to check with other members of the hiring team to get different perspectives.

Affinity bias, also known as similarity bias, is the tendency for people to connect with others who share similar backgrounds, interests, and experiences.

Affinity bias at work: When organizations hire for “culture fit,” they often fall prey to affinity bias. When hiring teams engage with a candidate they like and feel will get along with the team, it’s usually because of similar interests, experiences, and backgrounds. Choosing a candidate based on these factors may stand in the way of your creative a diverse team. While similarities should not disqualify a candidate, they also should not be the deciding factor.

Avoiding Affinity bias: The first step to keeping affinity bias at bay is to activate awareness that affinity bias may be at play. The second step is to separate shared attributes and experiences from unique skills that might be a culture add rather than focusing solely on culture fit.

Favoring or choosing information that fits with your own pre-existing beliefs, prejudices, or desires is confirmation bias. It can lead to selective observation, causing you to overlook or reject information that does not fit your viewpoint.

Confirmation bias at work: When a hiring manager looks for information to validate their belief of something, rather than looking at the data for its own merit—confirmation bias is at play. The hiring process can become a way to confirm these beliefs as opposed to getting to know the candidate.

Gender bias is the tendency to prefer one gender over another. The variance in hiring rates and the gender pay gap are two of the most glaring examples of gender bias. As workplace research advances, investigating LGBTQIA+ biases will become increasingly essential.

Gender bias at work: It may shock you to learn that both male and female managers were twice as likely to hire a man over a woman, according to a recent study published by the Proceedings of the National Academy of Sciences. When presented with equal-performing candidates, men were 1.5

Avoiding Gender bias: A way to sidestep gender bias is to conduct blind screenings of applications that exclude aspects of a candidate that could reveal their gender—from the name, interests, volunteer organizations. Make skill and merit the yardstick rather than traits that can cloud the judgment.

The contrast effect occurs when you rank things; it is the tendency to promote or demote something after a single comparison with another item in the group. You may think that a candidate is better or worse based on how you feel about another candidate. One candidate’s fitness for the job has nothing to do with whether another candidate is a good fit.

Contrast bias in the workplace: When reviewing candidates for a job, it can be easy to compare one candidate’s application to the previous one in the application pile instead of comparing it to the whole stack of resumes. Similarly, an excellent interview with one candidate may make the next one seem awful by contrast.

Avoiding Contrast bias: Structure an applicant review and interview process using standardized, predetermined metrics; this will let your team compare resumes and interview answers as apples-to-apples instead of apples-to-oranges, and will help mitigate contrast bias. A standardized process for performance reviews and bonus rewards is smart, too, because the contrast effect extends beyond the hiring process.

If you find yourself behaving like others in a group, despite it contradicting your beliefs or judgments, conformity bias might be rearing its head. You may recognize this bias by its more insidious form—peer pressure. This cognitive bias can get in the way of creativity and keep team members from challenging one another in productive ways.

Conformity bias at work: When reviewing a candidate’s application materials, it is essential to make sure that individual opinions about a candidate don’t fall prey to groupthink—you could miss out on hiring a fantastic candidate because of it.

Avoiding Conformity bias: Have each member write down their feedback about a candidate separate from one another before meeting as a team to discuss. Reviewing opinions in this way will allow for a more impartial process.

The tendency to have negative feelings or judgments about another person based on their age is ageism.

Ageism bias at work: In the United States, ageism generally impacts older people more often than younger. According to one study, 58% of workers begin to notice this cognitive bias as they move into their 50s, making it more difficult to find a job, move up the ladder, or change careers. Employers often tend to value younger talent despite how critical experience and expertise are for any successful organization.

Avoiding Ageism bias: Create policies that prevent age bias by setting a goal of hiring with an eye to age diversity when recruiting new talent.

Name bias is the tendency to judge and prefer people with certain types of names—often of Anglo origin.

Name bias at work: A research study found that white (Anglo) names receive 50% more callbacks for interviews than candidates with African-American names. And another study found that Asian last names are 28% less likely to receive a callback for an interview than those with Anglo last names.

Avoiding Name bias: Here is a simple fix: nix candidate name and personal information like email, address, and phone number from application materials. You can do this by assigning candidates a unique number or having an unbiased third-party redact this information for the hiring team before a candidate interview. Doing this will help ensure that skills and experience are the main things considered, without the influence of irrelevant personal information.

Awareness is kryptonite to unconscious bias — by becoming aware and taking action to prevent these cognitive biases from infiltrating your recruiting, hiring, and on-boarding processes — you will help create a more diverse and inclusive workplace — and doing so will go a long way towards curating a more diverse company — and a growing body of research suggests will result in significant business advantages from increased revenue to brand perception.